Focusing on automotive regulatory compliance at the China VIAQ Summit 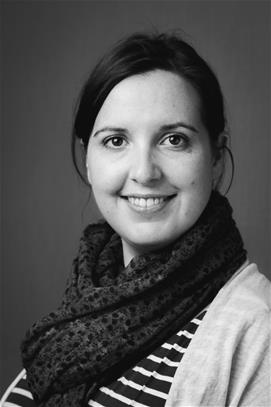 Caroline Widdowson is the Market Development Manager at Markes International, having previously received her Ph.D. in Organic Chemistry and MBA from Cardiff University. She is one of the UK representatives on ISO TC146 SC6 Indoor Air Quality committee, which is responsible for developing the ISO 12219 and ISO 16000 series of methods. Caroline is also a member of CEN TC351 (Construction products: Assessment of release of dangerous substances).

The number of events on vehicle interior air quality (VIAQ) seems to grow every year, especially in China, where odorous compounds in vehicle air are particularly unpopular amongst consumers.

However, for many in the industry the most informative conference in the region is the China In-Vehicle Air Quality Summit, which this year was organised by independent sponsors ECV Auto Events, and held over two days in Shanghai, on 29–30 October 2018.

So who was there? Pretty much all the big names were present, from government research agencies CATARC and CEARI, through major OEMs such as BMW, Jaguar Landrover, Honda, Toyota, Volvo, Group PSA, Ford, FAW and BAIC, to material manufacturers including Honeywell, Avery Dennison, FoamPartner and Stahl… and not forgetting organisations involved in testing, such as test labs SGS and TUV, and ourselves as analytical equipment manufacturers.

The driving force behind the presence of such a comprehensive range of key players – and one which dominated most of the discussions – is the need to comply with the Chinese regulation GB/T 27630. This sets strict limit levels for eight compounds in vehicle interior air, and OEMs are currently in a ‘grace period’ before the compliance deadline of 2020. However, responsibility for meeting the requirements of GB/T 27630 is passed successively down the supply chain, from the OEMs to the component manufacturers and in turn their suppliers. 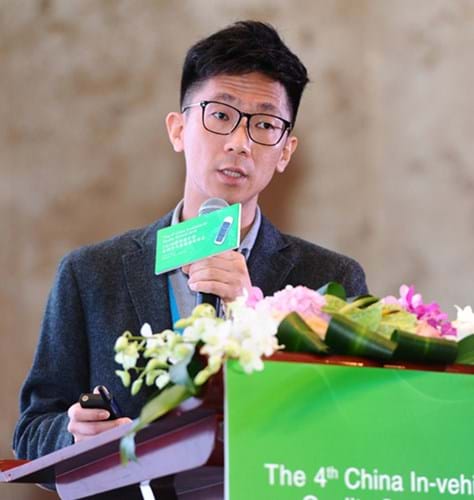 So is everyone ready? OEMs certainly have a handle on the regulatory implications, but it’s fair to say that many companies further down the supply chain are facing challenges in implementation – challenges that arise primarily from the sample-prep end of the analytical process for analysing automotive materials.

One of the major issues is that there are currently a large number of methods used for sampling emissions, raising problems when manufacturers try to correlate results. Not only that, but the limited set of compounds cited in GB/T 27630 are not necessarily those that give rise to odour issues.

But there are solutions, and during my presentation I highlighted to the conference recent developments at the UN, who are currently harmonising the current ISO 12219-1 method for VIAQ testing with the Chinese HJ/T 400 method. Current thinking is that the resulting method would then be very likely to be re-adopted by ISO.

Although this sounds like a rather convoluted process, it currently offers the best hope for a universal method that could be followed by all global automotive manufacturers. However, this would not help the materials manufacturers, who still have to deal with a profusion of methods applied to their products. Therefore, I put forward the view that the next stage of harmonisation needs to come from industry-level groups, working together to harmonise sample preparation methods, as this is the biggest factor affecting variability of results. 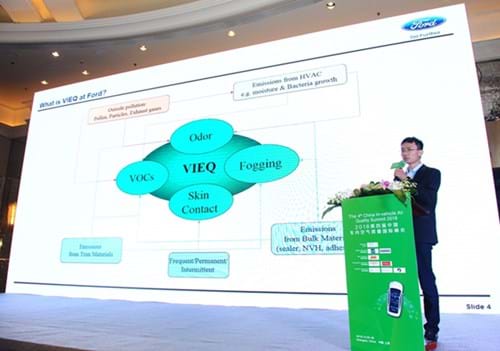 But regulatory compliance wasn’t the sole topic of conversation at the conference, and it was a pleasure to hear about some of the interesting research that’s been conducted. These included work by PSA Groupe (which includes Peugeot, Citroën, Opel and Vauxhall), who have taken slow-motion videos of people taking part in an olfactory test, and used their expressions to help generate ratings for the intensity, pleasure and acceptability of odours.

Another piece of research by leather manufacturer Stahl gave us pause for thought about acetaldehyde, one of the target compounds in GB/T 27630. They pointed out that we ingest more acetaldehyde from drinking a beer or having apples in our car than we’re exposed to in a vehicle interior. Of course, there’s a difference between ingestion and inhalation, but it does raise the interesting situation of what happens if, after having carefully controlled all the acetaldehyde emissions from the furnishings to within limit levels, you then put a crate of apples on the back seat! 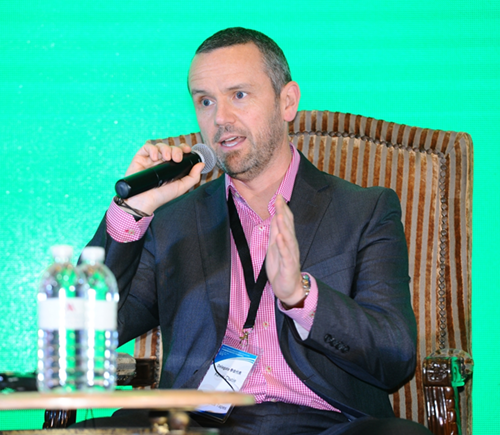 Kevin Clunie from Avery Dennison highlights the compromises to be made in material manufacture during the panel session.

A panel discussion during the conference, which I moderated, also raised several interesting points, including the effects of the current shift towards electric and hybrid vehicles, which requires advanced materials with a high strength/weight ratio. Related to this, Kevin Clunie from Avery Dennison made the point that there’s a balancing act between three factors – performance, compliance and cost – that makes it difficult to achieve high material performance and low VOC emissions for a reasonable price.

Finally, a question was raised about how to deal with conflicting test results on similar samples. I raised the importance of validation of sampling and analysis, as well as use of certified reference materials, certified reference tubes and participation in round-robin tests. So the message is that although there are challenges in VIAQ, there are certainly solutions… and plenty of expertise out there. 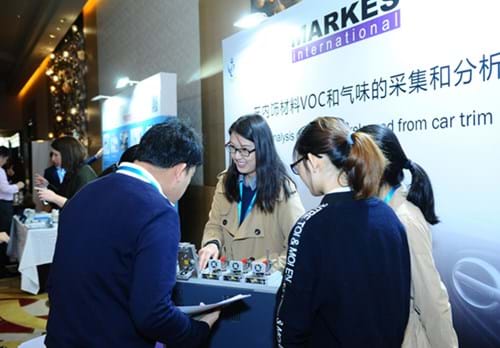 Chujun Zang from our Shanghai office describes to delegates how our Micro-Chamber/Thermal Extractor can be used to investigate VOCs released from materials.

If you find yourself needing answers to questions about VIAQ, don’t hesitate to send me an email… and if you’d like to learn more about the developing regulatory situation in VIAQ, then download our Application Note 131, which explains all about ISO 12219, GB/T 27630 and the new UN regulation.