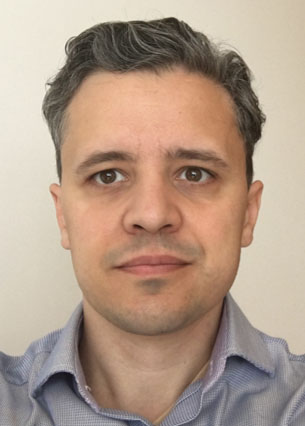 Andrea Romano received his Ph.D. in Food Biotechnology from the University of Milan in 2008, and has several years’ experience of using GC–MS to analyse food, beverages and exhaled breath. He is now Market Development Specialist at Markes International, where he supports researchers and companies working on trace-level compound detection.

On 10 October, I attended the annual meeting of the UK branch of the International Fragrance Association (IFRA), which was held at the Wellcome Collection, Euston, London. This year, the theme chosen by the organisers was the association between olfaction and health (titled ‘Scentimental: Fragrance on the mind’), which proved to be very interesting.

Parkinson’s and Alzheimer’s – The role of smell

The meeting was kicked off by a presentation on the smell of Parkinson’s, and specifically the fascinating case of Joy Milne, who was able to diagnose her husband’s Parkinson’s years before the diagnosis by noticing a change in his body odour. Joy’s extraordinary capability was recognised by Professor Perdita Barran (University of Manchester) and Dr Tylo Kunath (University of Edinburgh), who used TD–GC–MS/olfactometry to pinpoint the chemical compounds that define the ‘olfactory note’ of Parkinson’s.

Following this was Dr Latha Velayudhan (King’s College London), who explained how Alzheimer’s disease is characterised by impaired olfaction, and how olfactory tests could be used to complement the traditional cognitive tests used for diagnosis.

Next, consultant and producer Lizzy Ostrom and artist Michael Pinsky organised an interactive session on the chemical reconstitution of the pollution ‘bouquet’ of major cities in the world, used as a means to make the general public and policy-makers more conscious about environmental themes.

Finally, Professor Keith Wesnes (University of Exeter) and Dr Mark Moss (University of Northumbria) discussed the impact that certain smells have on cognitive function. Dr Moss presented data showing how the aroma of certain herbs, universally used in traditional medicine, increase performance in standardised cognitive tests. This leads to the intriguing idea that the reason why herbs such as mint or ylang-ylang are so commonly used is that – by engaging our senses – they also to an extent engage our mind. 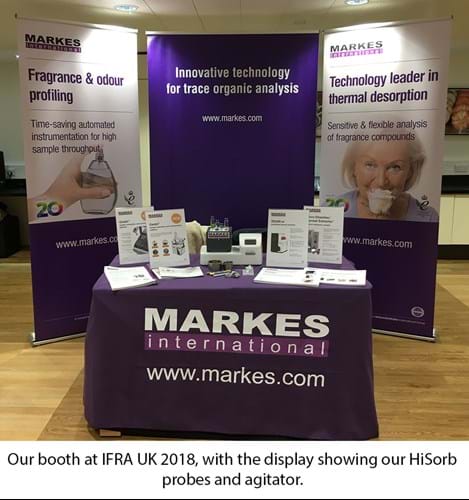 Extending the scope of fragrance analysis

All in all, the meeting provided an opportunity for major fragrance manufacturers and regulators to hear about some broader research themes and activities that influence the fragrance industry. It was also interesting for us as manufacturers of analytical equipment to see how the ‘fragrance’ application area – often treated in the narrow sense of analysing fragranced goods – can be considered as part of a much broader area of research.

To learn more about how our analytical equipment can be used to investigate fragrance profiles, I recommend you take a look at our Applications Guide on Fragrance and odour profiling.