Helium shortages – how analytical laboratories can prepare for the future 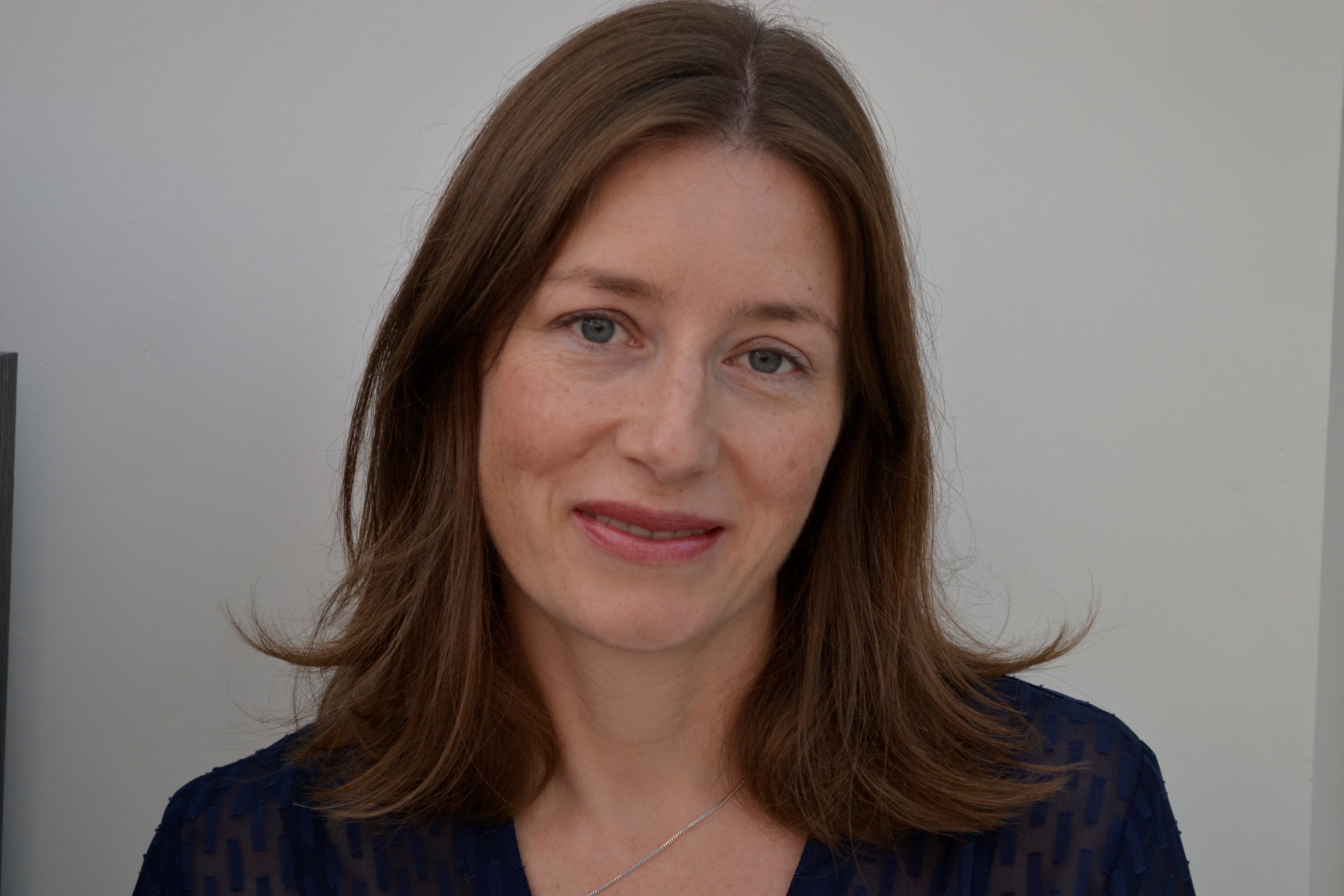 Elinor Hughes obtained her B.Sc. in chemistry and Ph.D. in organic chemistry at Bangor University, UK. After working for a chemical manufacturing company for three years, she moved to the Royal Society of Chemistry where she worked in journals publishing for six years and on Chemistry World magazine for four years. This was followed by five years as a freelance copyeditor and science writer. Her current role is technical copywriter at Markes International.

Fluctuating global helium levels are causing problems, such as difficulty sourcing helium and increasing costs, for the many industries that rely on it. Analytical instruments manufacturers Markes International and SepSolve Analytical have addressed the issue by adapting their instrumentation to enable the use of alternative gases to future-proof laboratories.

A news article published in 2021 reported that the helium industry faced shortfalls of 20% from 2011 to 2013 and the same thing happened again in 2019.1 Helium shortages are having a serious negative impact on scientific research in industries and universities. A 2016 science policy report entitled “The US Research Community’s Liquid Helium Crisis” issued by the American Physical Society, Materials Research Society and the American Chemical Society stated that as helium was becoming less available and more expensive, US scientists were beginning to abandon areas of research that required liquid helium, resulting in fewer graduate students being hired, and institutions were moving away from hiring new staff in areas of research that required the use of liquid helium.2

Helium is well known as the gas used to fill party balloons, but its properties – low boiling point, low density, low solubility, high thermal conductivity and inertness – have also led to many significant uses. Helium’s liquid state is the coldest of any element, so its largest use is in cryogenic applications, such as cooling the superconducting magnets in medical magnetic resonance imaging (MRI) scanners. Other applications include cooling and cleaning rocket engines, deep-sea diving, weather forecasting, cryogenics, rocket engineering, and manufacturing computer chips and liquid crystal displays. It is also used in physics and chemistry research.

According to the 2016 report, the quantity of liquid helium (produced by cooling the gas form to -269°C so that it condenses to become a liquid) used by the scientific community is so small in the helium market that scientists have little purchasing power. At the time of the report’s publication, some researchers had seen prices increase by more than 250% over five years and were facing a severely limited and uncertain supply.

Why are there helium shortages?

Despite being the second most abundant element in the universe, helium’s availability on Earth is low. It is formed from the radioactive decay of uranium and thorium in granite rocks in the Earth’s continental crust. Most helium atoms produced this way diffuse to the Earth’s surface, into the atmosphere and then into space and, currently, there is no economical way to capture the atoms directly. In fact, 97% of the helium captured for use is obtained as a by-product of the extraction of natural gas from the ground, but the number of gas fields in the world with enough helium to justify the cost of the separation process to obtain it (a helium content of at least 0.3%) is decreasing.1 Also, after it has been used, helium is not re-captured for re-use.

The 2016 report proposes four ways to deal with the shortage: the conservation of helium use, a mechanism to pay for the capital investment required for helium recycling, a mechanism to ensure an appropriate price is paid by researchers for helium and a methodology that allows researchers to explore the options available to them.2

How analytical laboratories can help

A common use of helium in chemistry research is as a carrier gas in gas chromatography­–mass spectrometry (GC–MS), a combination of two techniques that is used to separate (GC) and identify (MS) chemicals in samples. A gas chromatograph is made up of a narrow tube, known as the column, through which a sample passes in a gas stream (the carrier gas). Different components in the sample pass through at different rates, depending on their chemical and physical properties and their interaction with a lining or filling in the column called the stationary phase. As the chemicals exit the end of the column, they are detected and identified by a mass spectrometer. In a mass spectrometer, molecules in the gas phase are manipulated by electric and magnetic fields, which creates negatively- or positively-charged ions, depending on the experimental requirement. The ions are then sorted according to their mass-to-charge ratios. This data is used to produce a mass spectrum, which is a graph of mass-to-charge ratios plotted against the relative abundance of each ion. 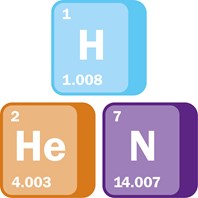 GC–MS is used widely in applications such as environmental monitoring, climate research, food and beverage analyses, analysing chemicals given off by materials (such as building materials and toys), improving air quality inside vehicles, forensic investigations and biological monitoring (such as breath analyses for disease diagnoses).

Alternative carrier gases can be used with gas chromatographs – nitrogen and hydrogen – which are more readily available. However, there has been a barrier to their use in some analytical processes. Thermal desorption instruments, which can be used to prepare samples (they concentrate samples down to a volume that is suitable for injection into the narrow gas chromatograph column), have only been able to run with helium or nitrogen as the carrier gas, but nitrogen is much less efficient than helium.3 Mass spectrometers have the same issue.

To combat these issues, TD instruments manufacturers Markes International have turned towards making their range of TD systems multi-gas-enabled, which allows them to switch between the three gases – helium, nitrogen and hydrogen (Figure 1). Sister company SepSolve Analytical, who manufactures mass spectrometers, have also upgraded to multi-gas systems – its BenchTOF2™ Time-of-Flight Mass Spectrometer can be run on all three gases. These developments enable the whole analytical process to be multi-gas-enabled and switching is simple. Not only is this convenient for analysts during helium shortages, using hydrogen means it is also better for the environment. Helium needs to be extracted, shipped and stored using specialist equipment, causing significant environmental impact. Hydrogen, on the other hand, is simple to generate using just water and electricity. Switching from helium to hydrogen saves up to 90% per cylinder. Further, purchasing an in-house hydrogen generator eliminates the need for cylinder deliveries, significantly reducing a laboratory’s costs and carbon footprint.

Are there any drawbacks to using hydrogen when it comes to results?

Research has shown that hydrogen promises shorter analytical cycle times and faster sample throughput than helium, and an investigation was carried out to determine if hydrogen would affect the results of an analysis.4 The research team analysed a sample of known composition, containing 16 polyaromatic hydrocarbons (PAHs), using thermal desorption followed by GC–MS. Figure 2 shows the resulting chromatograms. As can be seen, all 16 compounds were detected using both helium and hydrogen as a carrier gas, proving that, in this case, the results were not affected by switching to hydrogen. Also, the analysis time was 30% less with hydrogen. 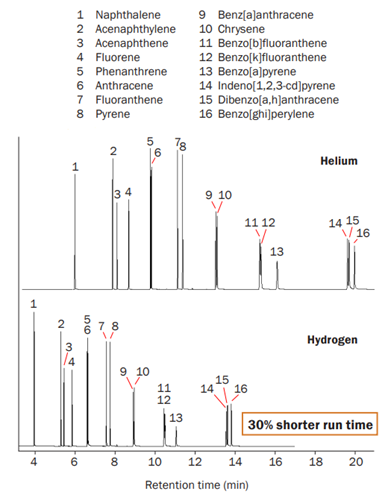 Switching from helium to hydrogen carrier gas protects laboratories against future helium shortages and is more sustainable because high-purity hydrogen can be generated from water. Hydrogen offers faster chromatographic separations, shorter thermal desorption methods and lower-temperature separations than helium, increasing laboratory throughput, extending consumables’ lifetimes and extending maintenance intervals. Finally, switching from helium to hydrogen saves up to 90 percent per cylinder and a hydrogen generator eliminates the costs of cylinders. 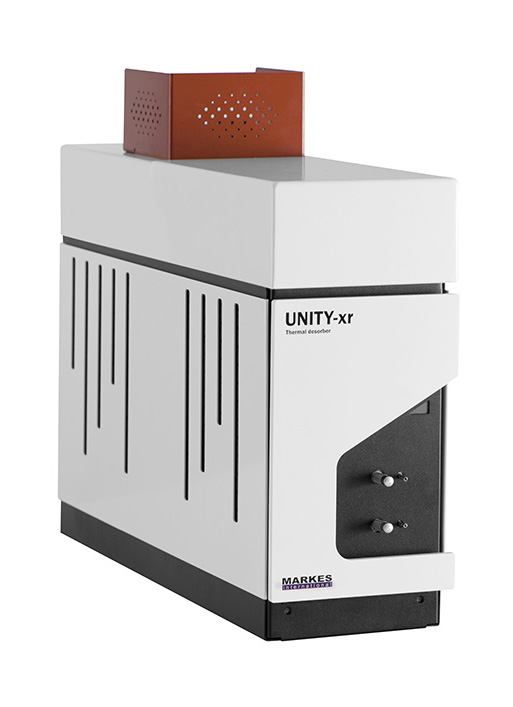 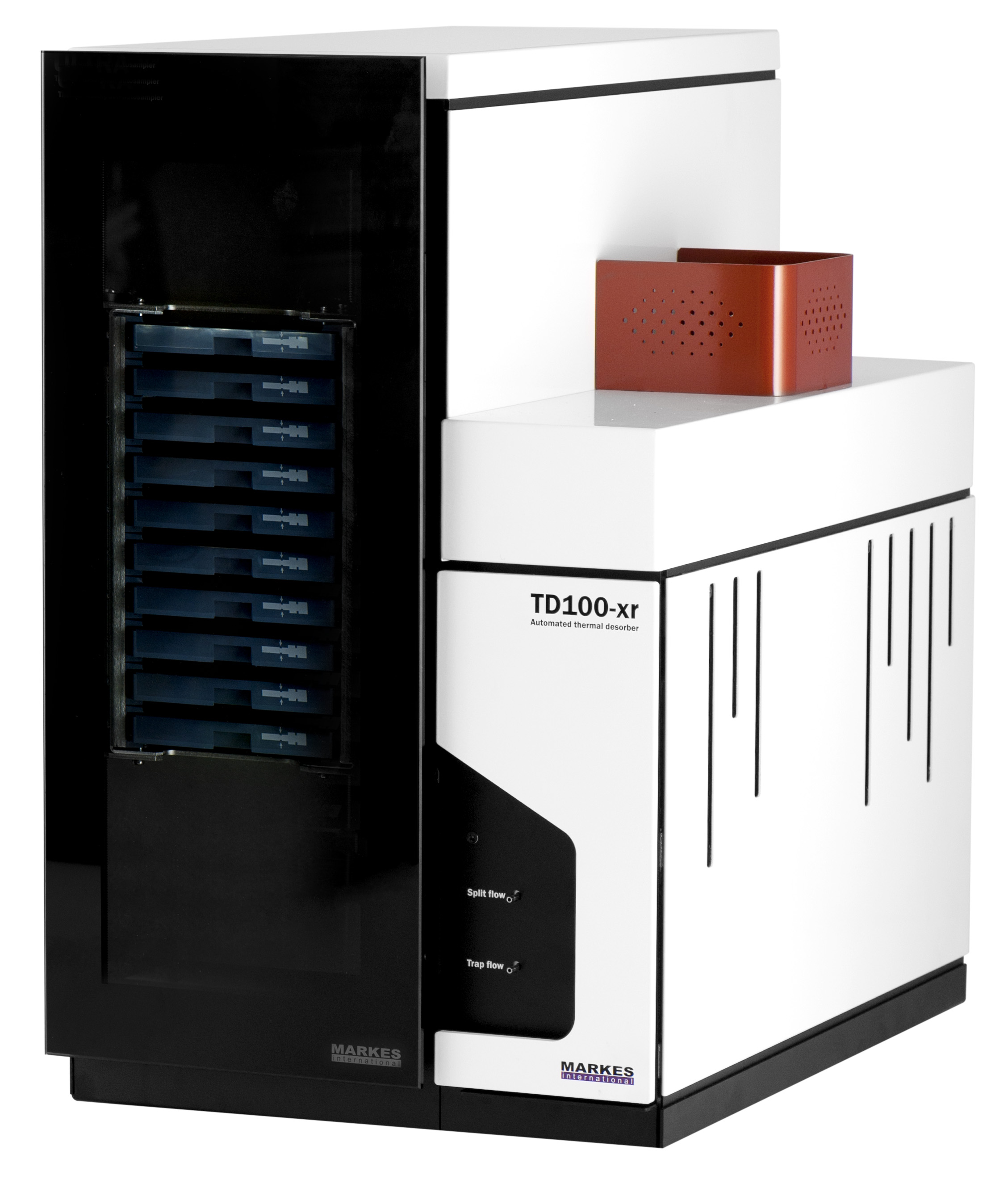 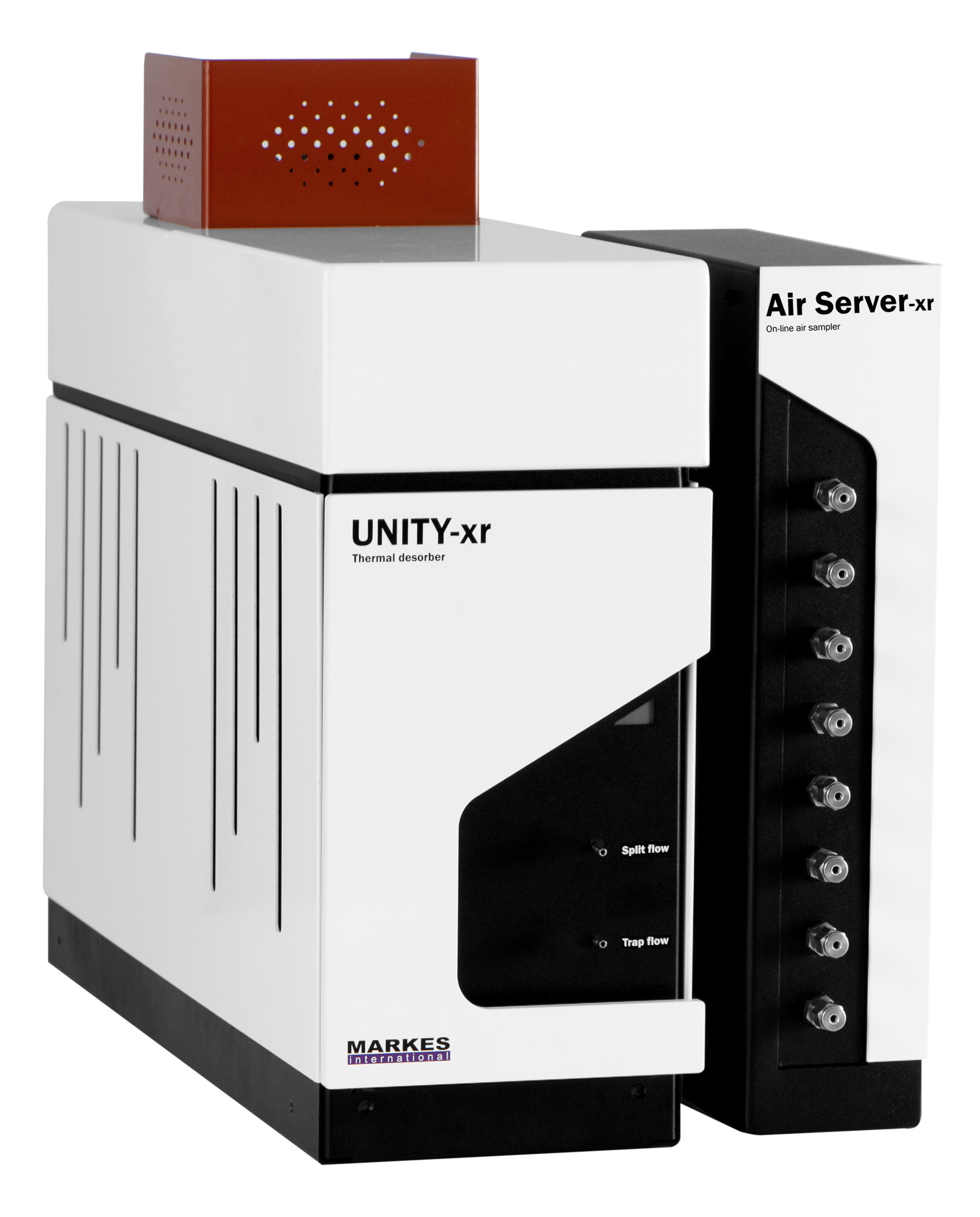 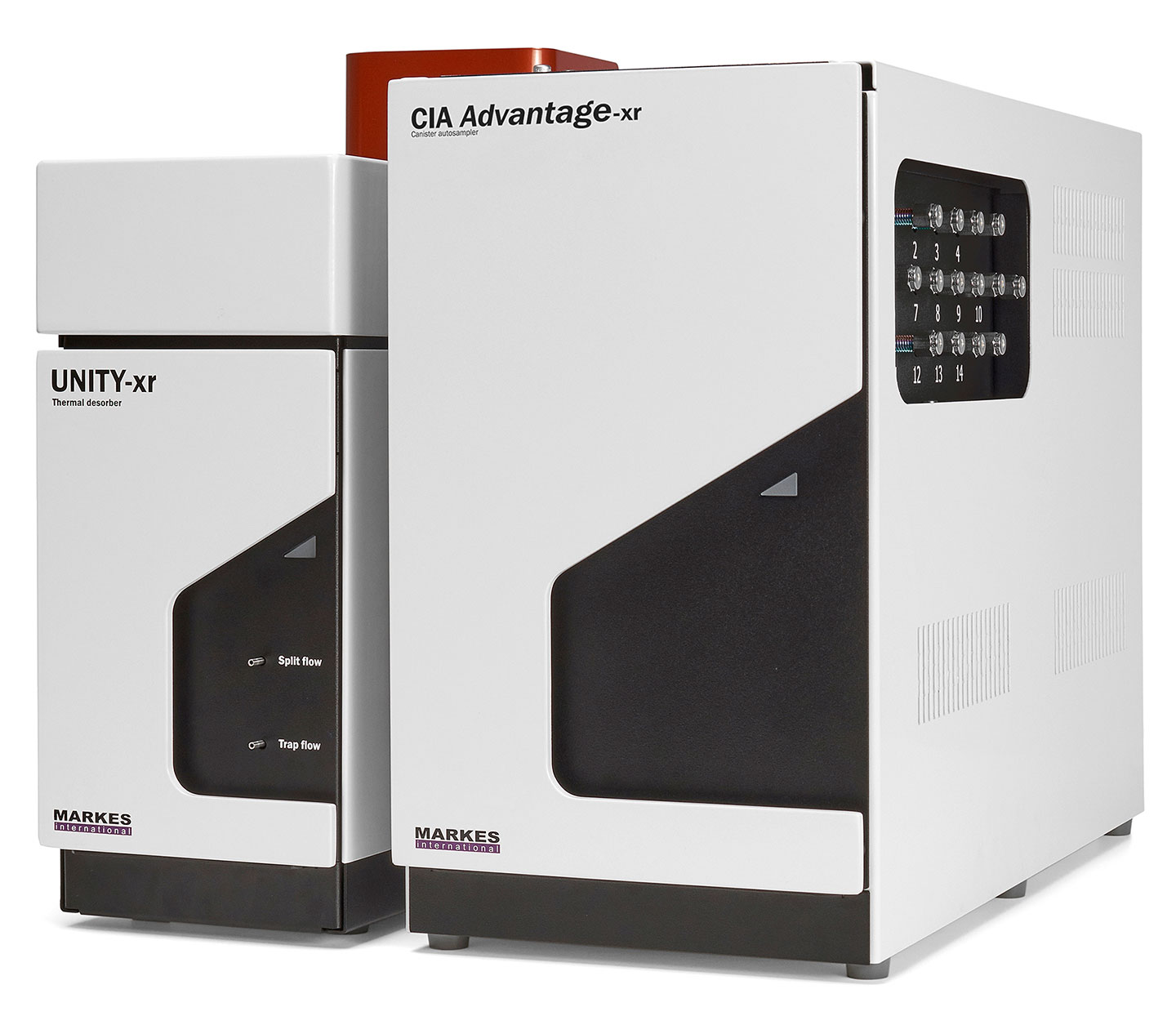 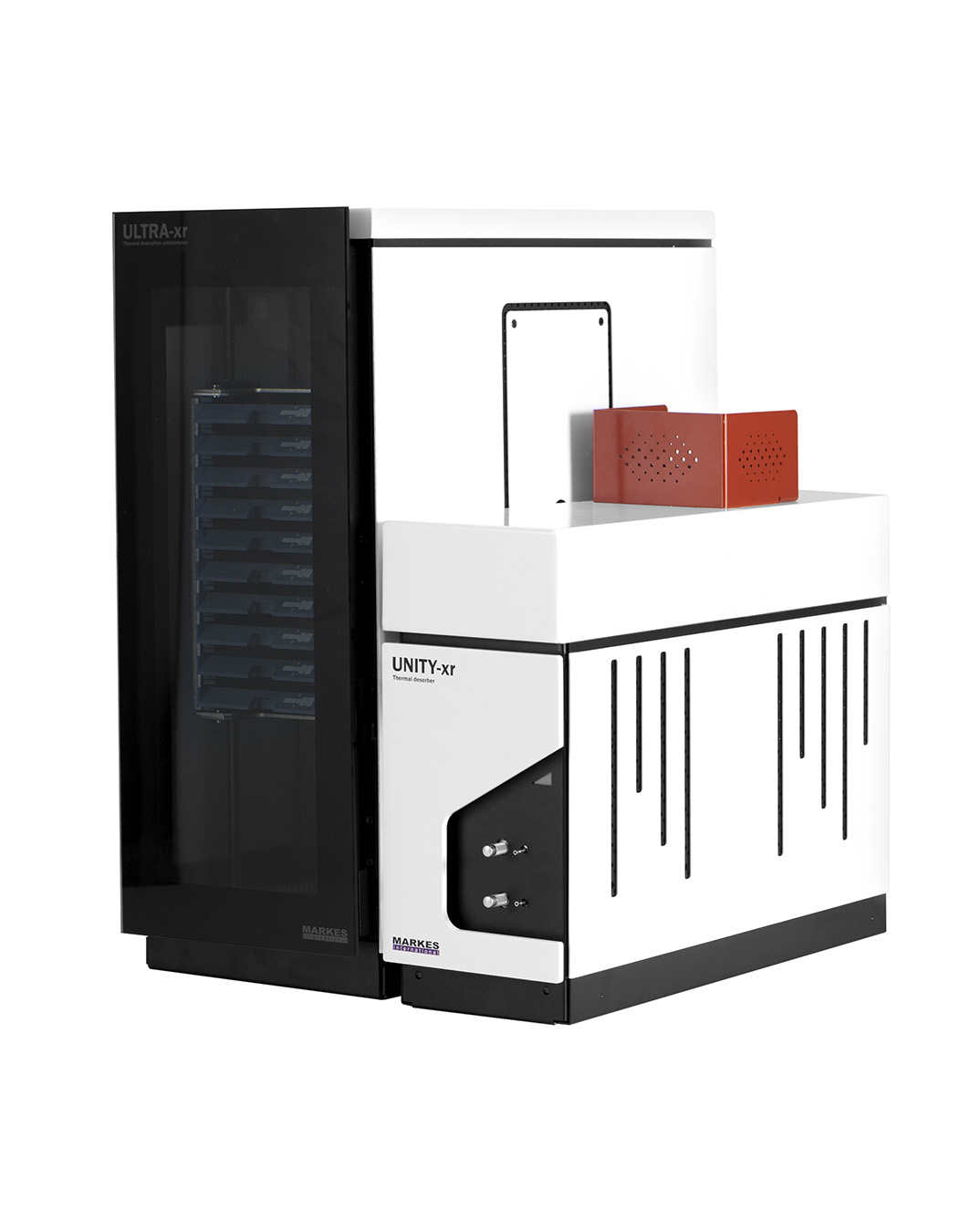 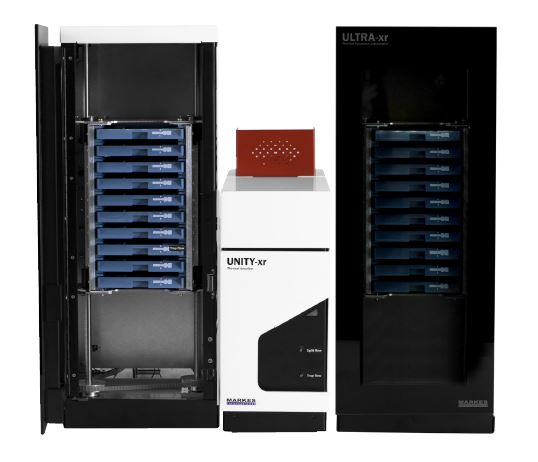